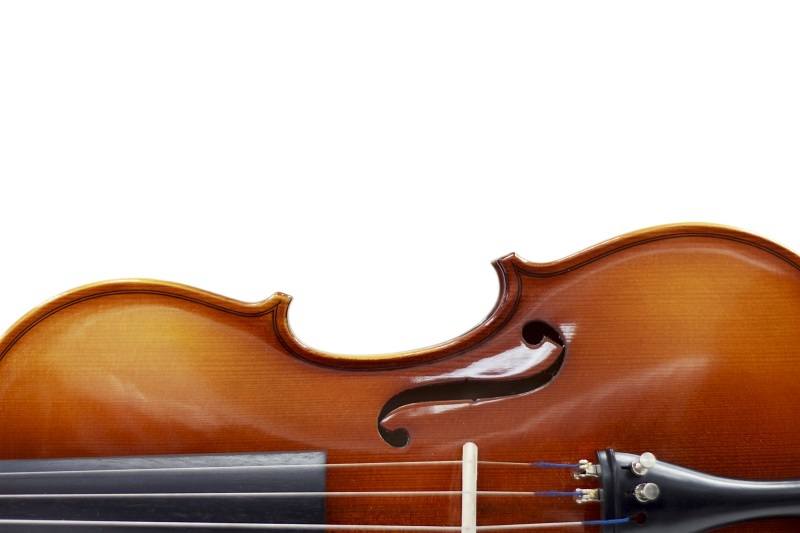 Stringed instruments are said to have been first made in Northern Italy during the 16th century by Andrea Amati. However, the origin of the first viola ever made is still unclear. It is said, the term viola was used for all bow and string instruments in the 16th and 17th centuries.

On the other hand, violins are likely to have originated from different forms of violas that existed during the time. The earliest forms of violas and violins were employed to duplicate the soprano and alto voices of operas and early choral works before they transformed over time into modern-day versions.

Let us look at some major differences between a violin and a viola. 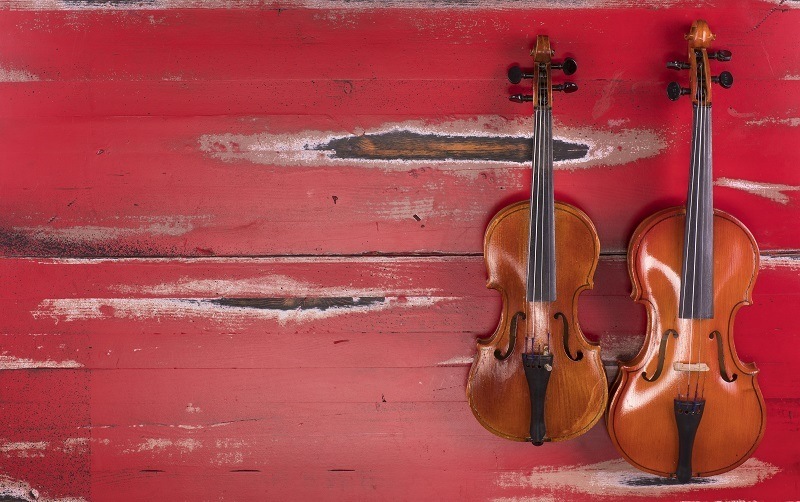 If you place a violin and a viola side by side you will immediately notice that the former is smaller in size than the latter. A full-sized violin usually measures around 14-inches from the tip of the scroll to the bottom of the end button. Violas on the other hand measure around 18-inches in length.

Additionally, a viola set’s bow is longer than a violin’s. Therefore, more force is required for both ends of the stick to touch all the strings in one fast move.

Viola is considered a mid-range, alto-voiced instrument and the only string instrument in the orchestra with music scored on the alto clef. The alto clef is also known as the C clef.

Violins are the highest sound range string instruments in the family. These instruments are known for being the soprano voice of any orchestra. 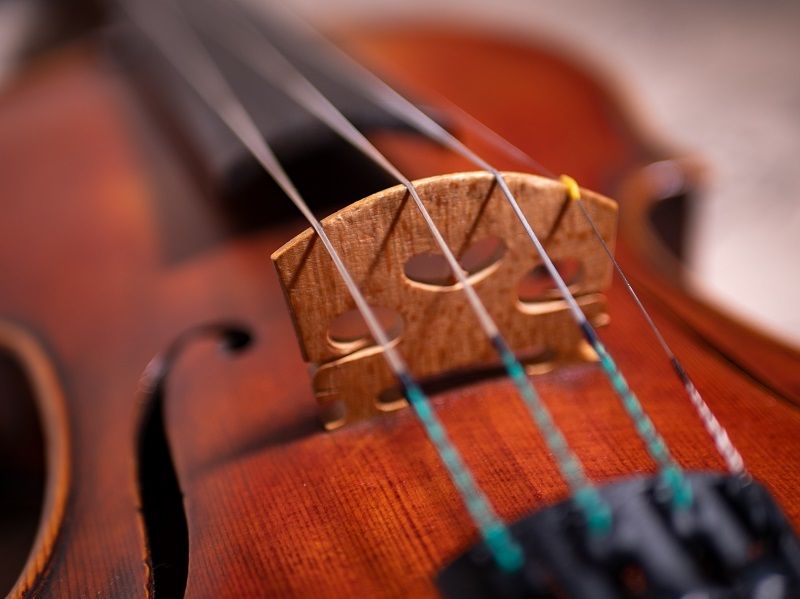 Violas and violins are tuned differently. A viola is tuned a fifth lower than the violin.

Both feature four strings each. Viola strings are C, G, D, and A strings, with A being the highest, and C being the lowest. Three of the strings are the same as the violin’s, except for the fact that they are each moved one position upwards.

In contrast, violin strings are G, D, A, and E, with E being the highest, and G being the lowest. Strings on both these instruments are tuned one-fourth down from each other. The fact that the viola plays in a lower range than the violin is where it scores over the violin for many musicians.

A viola can produce notes that are four steps lower than the lowest note on the violin. This is why the viola is often used in orchestra or ensembles, unlike the violin.

The violin can sound higher than violas, due to the presence of the E string. The ability to play notes in the higher ranges makes it more of a solo-type instrument because it closely resembles the soprano voice.

However, there are numerous viola solos and some of them are from eminent musicians like Schubert and Paganini. Additionally, viola strings tend to be thicker, requiring a faster bow tempo and more bow weight than violin strings.

The violin is known to produce some of the greatest melodies. The presence of the E string in the instrument makes it perfect for full orchestral melodies and, therefore, it regularly functions as the head melodic aspect of classical composition.

Violas have a deeper and mellower sound than the violin, because of the lower C string. It carries a somber tone because its strings are thicker.

Violas are often used in orchestras to give more rhythmic and harmonic elements to the musical piece. Even though violas are used more in symphonies and chamber ensembles, the violin is more prioritized.

If you ever happen to go to a symphony orchestra you will notice that there are two sections just for the first and the second violin. In fact, violins are the only string instruments to have two sections in a symphony. This is because these instruments almost always carry the melody line in a musical piece. 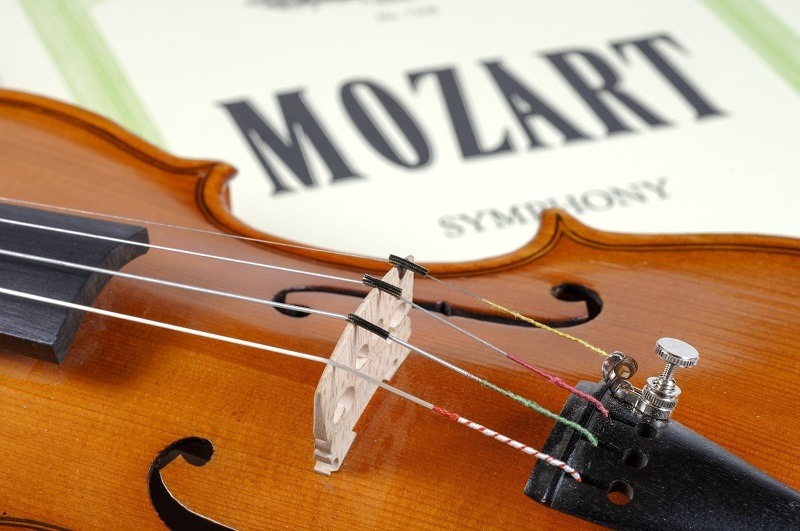 Many of us are clueless about violists because violinists tend to be more popular. However, if you do thorough research you will find that many of the most famous composers including Mozart, Bach, Haydn, and Beethoven played the viola and composed music for it.

Mozart is known to have directed the first performance of his Sinfonia Concertante from the viola. Other composers who were viola players include Britten, Frank Bridge, Schubert, Dvorak, Rebecca Clarke, and Paul Hindemith.

This implies that the viola was a popular choice among composers, perhaps because of its role as a harmony instrument. Many famous violinists who have been known to play the viola, include Nigel Kennedy, Maxim Vengerov, David Oistrakh, Yehudi Menuhin, and Paganini. Notable violists of today include Lawrence Power, Yuri Bashmet, Nobuko Imai, and Jane Atkins.

Even though you might not have heard of the names of famous violists, you have definitely heard of famous violinists. Names like Niccolo Paganini, Antonio Vivaldi, and David Oistrakh are some that we are all familiar with.

Not to forget Ivry Gitlis who has played with The Rolling Stones and John Lennon. A famous example of the violin is the main theme for an orchestral piece is Ludwig van Beethoven’s Symphony No. 7.

The first violins perform the lead role throughout most of the second movement, only taking a backseat for the flute which soon returns the position to the violin. Choosing an instrument is solely based on your taste.

Some of them are enchanted by the richer, darker, and expressive tone of the viola while others choose the easier to play the violin which is responsible for melodious tones. Since both have produced numerous breathtaking symphonies and solo musical pieces you should choose one after trying out both these instruments.