Bass is the heartbeat of every hip-hop track. It can be considered as the essential flavor of hip-hop tracks and its key component. This is because the thumping bass adds to the wow factor of each track. The bassy beats always send any crowd into a party mode. There are musical bass notes that reach below the limits of human hearing, about 20Hz. Therefore you are literally feeling the music. This is what captured the masses to best bass songs.

When bass music got popular there was a demand for a device that helped people to listen and feel these low-frequency sounds. And then came the subwoofers. It is true that to listen to a pure bass sound that is dished out by various tracks you require a subwoofer that can rattle your bedroom windows in the least. The thumping bass that makes your heart beat faster definitely need a subwoofer to get the real feel of the bass.

If you have a subwoofer and are trying to check out its real potential, here are some best bass songs for some bassy beats that can give a window-rattling effect. 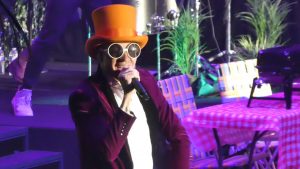 Willy Wonka is a track that belongs to Macklemore’s solo album Gemini. Gemini was the first album that Haggerty alias Macklemore did without Ryan Lewis. This collaboration with Offset can put you in the party mood instantly. The quotables and triplet flow in the track immediately caught the attention of both artists as well as his huge fan base.

This rap track starts with the musings of the Seattle rapper. He’s seen wearing boots made of python. He goes on to rap about a meeting with the President and his front yard showing off all kinds of cars including a long caddy blue body named Avatar.

Macklemore adopted Offset’s style of composing when it came to Willy Wonka. The Seattle rapper chose to go with the studio style approach of Offset rather than writing down lyrics on paper and giving it music. 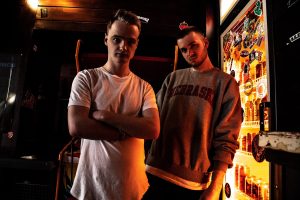 Duke & Jones are two British music artists running popular with their bassy beats. The Manchester-based duo Duke & Jones have ad massive growth over the last year, churning out over a dozen tracks in 2019 increasing their popularity in the music industry. They are currently on track to release even more great music in 2020. They have appeared on a multitude of different media outlets and record labels. Duke & Jones have been endorsed by some of the top names in the business as well.

May 2020 saw the duo launch Escape which topped the month’s chart. It is really hard to place this track into a genre because of the various elements of trap, hip-hop, and bass used. It is the fusion of the genres that made the track a memorable one. Along with complete vocal samples, and synth-wave leads, the track instantly gives a bassy vibe to any party.

Escape is famous for offering a unique textured sound that is matched with bassy beats. This has put them in the eyes of some of the renowned musicians in the dance music industry. 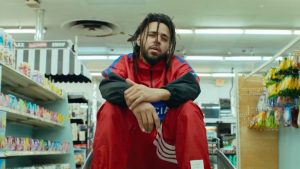 Since his debut release ‘Cole World: The Sideline Story’ that defied industry expectations by selling over 200,000 copies, J Cole has become a breakthrough artist for many rap music lovers. Middle Child directed by Mez talks about how a great artist like Cole is stuck within his era and between generations. This is what he means by naming the track Middle Child. The lyrics and the accompanying music video exhibited the current state of rap, race, and capitalism. 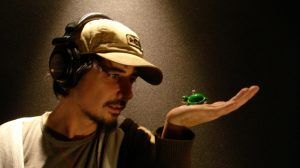 Amon Tobin is a highly acclaimed musician around the world for his experimenting style with music. He is a major figure in electronic music over the past two decades and the media likes to call him the LA-based electronic wizard. His music is appreciated because his compositions are uniquely relevant and timeless, always creating new ideas.

He is known for mincing acid jazz, IDM, and drum & bass and mashing them up with his expert sound design skills. The Trickstep track from the album Monthly Joint series is a bassy music mashup exclusively made for a club arena. The bassy boom of the track will instantly get you on your feet. This has also been classified as a great rave song because a rave party is where people dance mindlessly. 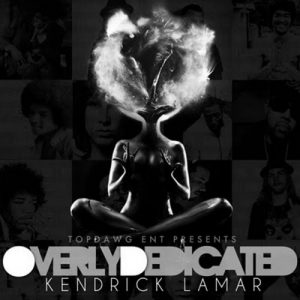 Media describes Kendrick Lamar as the Pulitzer Prize-winning “poet laureate of hip-hop”. His work has been compared to the likes of Joyce and James Baldwin. He was even praised by the rap god of our time, Eminem. Lamar has sold more than 17.8 million albums. He has been nominated for 29 Grammys and has won 12. His work is archived in the library at Harvard University.

While his early work shows off his talent as a lyricist Kendrick Lamar planted the seed for his career with his fourth mixtape, Overly Dedicated. Overly Dedicated has a classic banger called Michael Jordan, a collaboration with ScHoolboy Q.

Kendrick has rolled out a bragging piece of music with the lyrics stating [he is ] ‘’hiii-power since the Eddie Bauer, I been popular, I’m popping now, every other hour, paparazzi come’’. The bassy bits of the track goes on to say that he has achieved much more than his homies back home in Compton.

As mentioned earlier, bass songs can put any crowd into a party frenzy. The boom that comes out of the subwoofer, if loud enough, can vibrate your heart giving you the real feel of bass music. You will see people joyfully move to the energizing beats.

It is true that you need an excellent speaker with a subwoofer to hear these low-frequency notes. The Speaker system with just a couple of woofers and tweeters will harm you if you want to listen to the bassy bits of any track. The overall sound produced by these speakers might be good but when it comes to bass, they don’t have enough power to resonate the beat. Therefore, your bass will be low key and barely audible.

Best Toasters in the U.S. That Are Worth Buying