If you are planning to buy a brand new electric or acoustic guitar for yourself it would be wise to start with some elites of the industry. The sole reason – their reputations for producing high-quality instruments. So, whether you are a beginner guitarist or an advanced one, you sure would have heard of names like Fender and Gibson.Here is a list of the best guitar brands that have been used by popular guitarists over the years and have gained their praise and attention.

1. Martin- one of the best guitar brands

C.F. Martin & Company first opened shop in New York City in 1833. Founded by Christian Frederick Martin, the company has been responsible for premium acoustic guitars that have satisfied the likes of Bob Dylan, Neil Young, and Freedy Johnston.

If you take a look at C. F. Martin & Co.’s timeline it is evident that the giant has been at the center stage of guitar design, craftsmanship, premium materials, and tone. Although they did try dipping their toes into electric guitars and basses for a short time, Martin remains a dedicated acoustic guitar maker over the past 180 odd years.

The guitar giant is known to have developed several innovations that are now recognized as standards of the industry. From X bracing to numerous body shapes and sizes, it has defined the standards of acoustic guitars around the globe.

Martin has influenced the look and sound of the American acoustic guitar in many ways. They invented the famous Dreadnought shape to help American country musicians gain more projection when playing onstage.

Martin’s Dreadnought guitar line is their trademark creation. Also called D–size guitars these instruments are designed to render a deep rhythm and rolling bass keys that no other brand has been able to achieve. Currently regarded as the standard acoustic guitar, the Dreadnought has been copied by guitar makers worldwide.

In terms of construction, they feature mahogany backs and sides and spruce tops. Its powerful voice and lower-mid-rich tones made it a favorite among country artists. The guitar immediately became popular with those who at last had an instrument that would accompany fiddles, banjos and also helped in backing up vocals. 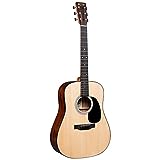 They also have limited edition Dreadnought guitars like Gene Autry’s famous 12–fret D–45 which bore a retail price of $23,000.

2. Fender-one of the best guitar brands

Fender is one of the oldest and most prominent guitar makers in the world. Legendary guitarists including Ritchie Blackmore and Jimi Hendrix got their groove by playing on a Fender guitar.

The rise of solid-body electric guitars from Fender can be equated to the early days of rock and roll. Buddy Holly strumming on the Fender Stratocaster surely increased the attention on these guitars.

Fender began as Fender Radio Service in Fullerton, California in 1939. Founded by Clarence Leonidas (Leo) Fender, he built and repaired amplifiers for local musicians. Later he created the Fender Electric Instrument Co. with a vision to design a guitar employing the mass-production techniques of the automobile industry. 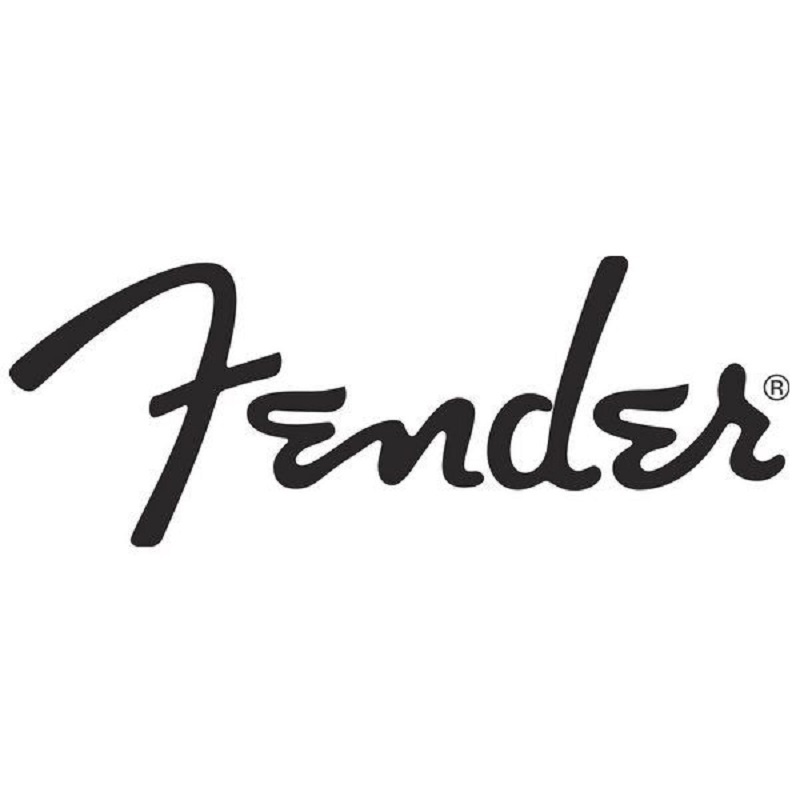 This is how the Fender Esquire was born in 1950. It was later named as Fender Telecaster for legal reasons.
In 1951, Fender rolled out the first-ever mass-produced fretted electric bass, called the Precision Bass. The fretted fingerboard of the guitar enabled any guitar player in a band to play bass with precise intonation.

Over the years they produced different models including the Jazz Bass, Stratocaster, and Telecaster series.

After its groundbreaking solid-body electric Telecaster, they ventured to make the electric guitar more popular than ever. Equipped with three pickups, the guitar had a distinctive voice. Most guitars at that time had one or two pickups. The company also went a step ahead by fixing a new vibrato.

Though it was introduced in the rock and roll era, it was a versatile instrument adopted by both Lawrence Welk and Pink Floyd. The company swears that the Stratocaster is the foundation of their business. Over the past decades, several models of Stratocaster emerged passing through the hands of legends like Eric Clapton and Stevie Ray Vaughan.

3.Gibson-one of the best guitar brands

The guitar industry giant Gibson owes its gratitude largely to its Les Paul guitar. The Les Paul sunburst model is one of the most sought after guitars in the world. Les Paul edition guitars have been used by influential guitar players like Eric Clapton and Jeff Beck but Jimmy Page pinned the model firmly to the map.

After magically resurrecting from dire financial woes last year, the company is still a favorite among many guitarists around the world.

The Gibson Mandolin-Guitar Mfg. Co., Ltd. was founded in 1902 by Orville Gibson in Kalamazoo, Michigan. He then brought in a group of investors to keep up with the demand.

The company started growing popular with its flat-top acoustic guitar which was produced sometime shortly before 1910. Their signature Nick Lucas Special model locked horns with the popular guitar maker Martin. 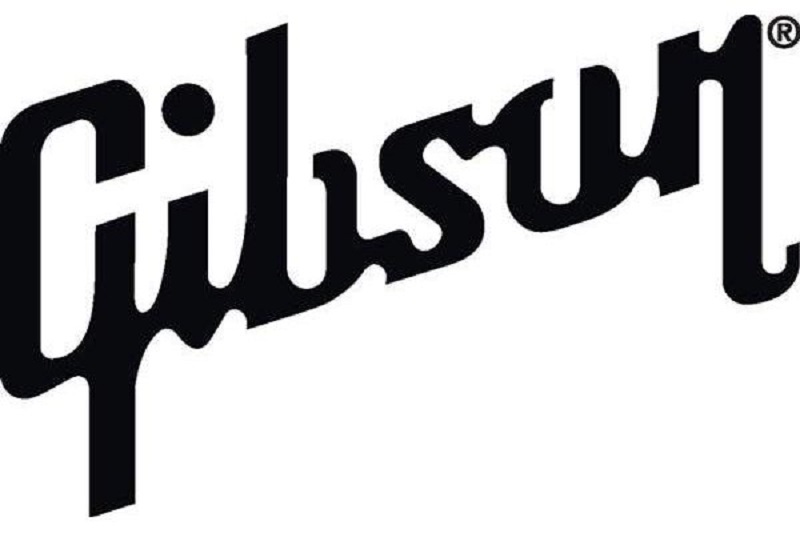 Gibson became a common name in the guitar industry by the 1930s. They became a popular guitar brand alongside Martin. Over the years the company has produced a lot of innovative instruments.

Renowned guitarists like Vivian Campbell of Def Leppard began playing on a Gibson Les Paul and have been using these guitars ever since.

The signature model of Gibson is Les Paul. This model was produced in early 1958 but failed to earn a reputation until 1960. Halfway through 1960, the company assessed the lack of sales of their new edition.

They solved the conundrum by transforming the Les Paul Standard into a guitar that still sounded great and felt player-friendly. Plus, they made it both easy and less costly to manufacture. 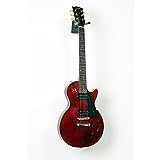 Gibson 2017 Les Paul Faded T Electric Guitar Level 2 Worn Cherry 190839008992
Buy on Amazon
The new model of 1961 sported a sleek double-cutaway body made purely of solid mahogany. Coupled with a pair of pointy and subtly asymmetrical horns, it was one of the most fashionable guitars around.

4. Yamaha-one of the best guitar brands

Yamaha is renowned for designing organs, bass guitars, electric guitars and other musical instruments. The company has been a guitar maker for 50 plus years with their guitar being wielded by some of the best professional guitarists.

This Japanese firm is known for its reputation for high quality and values their instruments offer for the money.

Yamaha was originally founded in 1887. Its stint at producing guitars began in the early 40s, but it eventually grew into a factory dedicated exclusively to guitar construction in Hamamatsu. The first guitars from the company were nylon-string classical models that were sold only by retailers within Japan through the 50s and early 60s.

During the mid-60s, Yamaha expanded its guitar line by offering first steel-string and electric models, including bass guitars. The new line which consisted of Dreadnought FG150 and FG180 models was sold in impressive amounts in the United States.

The 60s in Japan was a good year for the firm. With the surf music scene thumping in the country, many Japanese surf bands favored Yamaha’s new electric models. These guitars soon attracted a cult following.

Yamaha has rolled out several guitar models after they became a popular guitar maker. One of the prominent guitar lineups from Yamaha is the L series from the mid-seventies. Designed as high-end acoustics, Yamaha incorporated several major design changes with the L series.

He used it while playing in concerts and television appearances during the late Seventies. Bob Dylan found out about Yamaha acoustics while playing shows at Tokyo’s Budokan Hall in 1978. Shortly afterward he got his hands on Yamaha L-6 and L-52.

5. Seagull-one of the best guitar brands

Seagull may not be a familiar brand for some of you but there is a fan following for these guitars. Manufactured in Quebec, Canada, the company is well known for their affordable acoustic guitars.

Every single guitar from Seagull features a solid top. These guitars are pressure tested on the top to assess the stiffness and responsiveness of the surface.

Seagull hails from La Patrie, Quebec in Canada, where one-third of the population is engaged in guitar making. Seagull was founded in 1982 by Robert Godin. Seagull guitars are manufactured by the Godin company. Godin has numerous other guitars in its product lineup.

Seagull is a class apart compared to other guitars. These guitars featuring solid tops are produced entirely by hand. This is also true for all its other guitar models.

Seagull has released a total of nine series of guitars up to date, including Artist, Maritime SWS, Performer Flame Maple, CoastLine, S6, Entourage, Walnut, and Excursion.

The most popular and the most rated among the S6 series is the S6 original. Seagull crafted this from Canadian Wild Cherry, a rare wood to be found in guitars priced at this range. 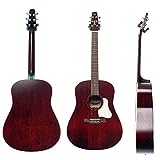 Seagull S6 Original Acoustic Guitar Limited Edition Tennessee Red with Bag
$549.00
Buy on Amazon
Coupled with a cedar top, the unique use of materials in the build of this guitar gives it a distinctive tonal essence. Along with the impressive sound quality, the S6 Original is easy to play, making it a guitar for both amateurs and advanced players.

Though the brands listed above are the most popular and highest rated guitar companies, there are many others in the pool. If you stumble upon other guitar makers that you have no clue of, we suggest you do sound research and explore them as well. It might just suit your needs and become a favorite.

We suggest you choose one of the best guitar brands that suits your playing style to get your groove on.