Travis Scott is a $60 million net worth American rapper, singer, songwriter, and record producer. He is one of the world’s highest-paid and most popular rappers. He is also well-known for his relationship with Kylie Jenner. Travis easily generates $40 – $60 million from his multiple ventures in a touring year.

Scott was named as the headliner at Primavera Sound Buenos Aires’ November 12 concert on April 27, 2022. It’s his first festival appearance since Astroworld. Travis Scott has announced his first festival appearance since the Astroworld tragedy. The well-known rapper will play at three Primavera Festival installments in South America this autumn. The festival, which originated in Spain but has since traveled to Southern California and South America, is presently taking place in Sao Paulo, Brazil, Buenos Aires, Argentina, and Santiago, Chile, and features performances by Pixies, Bjork, Lorde, and Arctic Monkeys.

Travis Scott’s First Festival performance since Astroworld hosted on May 15, 2022 at the Billboard Music Awards .

Who is Travis Scott? 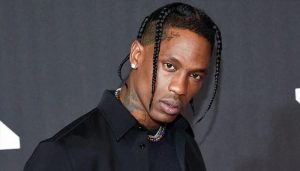 Travis Scott, officially known as Jacques Berman Webster II, was born in Houston, Texas. He lived with his grandmother in South Park, Houston, a high-crime neighborhood, until he was six years old. He subsequently went to live with his parents in Missouri City, a middle-class suburb southwest of Houston. He graduated from Elkins High School and enrolled in the University of Texas at San Antonio, but dropped out during his sophomore year to pursue a musical career.

Scott and lifelong buddy Christ Holloway founded the music group “The Graduates,” releasing their unnamed debut EP on Myspace in 2008. He founded “The Classmates” with schoolmate OG Chess in 2009, releasing two projects together. He came to New York City after dropping out of college, where he worked with pal Mike. Scott relocated to Los Angeles after only four months in New York, frustrated with the lack of development. He continued to make songs while sleeping on a friend’s couch in Los Angeles. 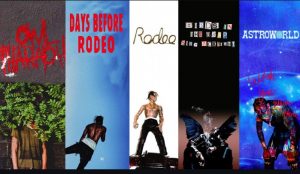 Scott’s first solo full-length effort, a mixtape named “Owl Pharaoh,” was supposed to be released as a free download in 2012, however, it was postponed owing to sample clearance concerns. It was ultimately released on the iTunes store in May 2013. Before releasing his second mixtape, “Days Before Rodeo,” in August 2014, he continued to compose songs and perform, notably at the 2014 South by Southwest (SXSW) music festival in Austin, Texas.

Grand Hustle and Epic Records published his debut studio album, “Rodeo,” in September 2015. Guest appearances include Quavo, Juicy J, Kanye West, The Weeknd, Swae Lee, and Justin Bieber, to mention a few. It was a critical and financial success, debuting at number three on the US Billboard 200 list.

Travis Scoot’s song, “Birds in the Trap Sing McKnight,” his second studio album, was released in September 2016 and became his first number one album on the US Billboard 200. Scott also inked a worldwide agreement with Universal Music Publishing Group the same month. “Huncho Jack, Jack Huncho,” Scott’s joint album with Quavo from the rap trio Migos, was released in December 2017. In August 2018, he released his third solo album, “Astroworld.” The album’s second song, “Sicko Mode,” became his highest-charting solo single, hitting number one on the Billboard Hot 100.

Scott has been a well-known producer for various musicians in addition to his work. He was an executive producer on Kanye West’s G.O.O.D. Music label’s compilation album “Cruel Winter,” for example. Scott has also written and produced songs and albums for Kanye West, Jay-Z, Trinidad James, Big Sean, John Legend, Drake, and Madonna. Rihanna’s smash track “Bitch Better Have My Money” was produced by him. Scott’s work has been honored at several award ceremonies, including his People’s Champ Award win at the 2016 BET Hip Hop Awards and his Top Streaming Song (Audio) win at the 2019 Billboard Music Awards for “Sicko Mode.”

As a featured artist on Justin Bieber’s album Purpose, he was nominated for Album of the Year at the 2017 Grammys. He received another Grammy nomination in 2018 and many more in 2019, including Best Rap Album and Best Rap Song. 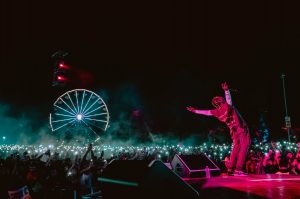 After a mob stormed the stage at Travis Scott’s concert 2021 Astroworld Festival, nine people were killed and many more were injured. On Friday, November 5, as the 29-year-old “Sicko Mode” rapper was performing in Houston, Texas, the audience pushed forward and created a mass accident. During Scott’s set at 9:30 p.m., the sold-out audience in Houston, Texas, stormed the stage, causing enormous fear and hysteria and resulting in multiple accidents and injuries. Houston police first announced that eight concertgoers had died and that many more had been hurt. Attorney James Lassiter confirmed the death of a 22-year-old college student in the crowd during a press conference on November 11, increasing the total number of victims to nine.

Scott urged the crowd to beat up a fan who reportedly attempted to steal one of his sneakers when Scott was crowd-surfing at the Openair Festival in Switzerland in July 2015. Scott was charged with disorderly conduct a month later, in August 2015, when police alleged he pushed fans to leap over barricades at Chicago’s Lollapalooza and led a chant of “We want wrath.” Scott was charged with a similar offense in May 2017 after inviting fans to join him on stage at a concert in Fayetteville, Arkansas. Several individuals were hurt in the rush to the stage, including a police officer and a security guard, and Scott eventually pled guilty to disorderly conduct.

In addition, at Scott’s concert at Terminal 5 in New York City in 2017, a 23-year-old guy named Kyle Green was gravely hurt. Green said that he was pushed off a balcony after the rapper encouraged his supporters to jump. He had a shattered vertebra that left him half-paralyzed, but before being treated, he was brought to the front of the stage, where Scott admired his “fearlessness.”