The Grammy Award, previously known as the Gramophone Award, is presented by the Recording Academy to recognize artists in the music business for their outstanding work in a given year.

The celebration features notable performers and artists and is one of the most-watched shows after the Academy Awards and the Emmy Awards. The 62nd Grammy Awards were held in Los Angeles on January 26, 2020.

Where Did it All Start?

Glamour at the Grammy Awards 2022

If actors create the enigma of celebrity, musicians demonstrate what creation looks like. The objective of the musician is to embrace unconventional silhouettes— really, to dress to transmit a message of creativity and enthusiasm. Some musicians’ statements were very powerful; here’s what made their clothes stand out. 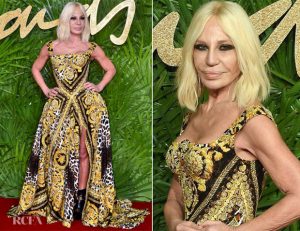 Donatella Versace and her late brother Gianni almost developed music, fashion, clothing, singers, composers, and performers more than a decade before anyone else caught on. Donatella looks stunning in her green cage mini dress and Gogo boots. Campy, seductive, wild, confident, and maybe a touch arrogant in a good way. 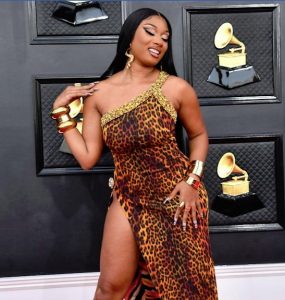 Megan Thee Stallion. How gorgeous does she look? The design of this dress tells a beautiful tale, and her hair and cosmetics are stunning. She appears to be happy and confident, and it shows. 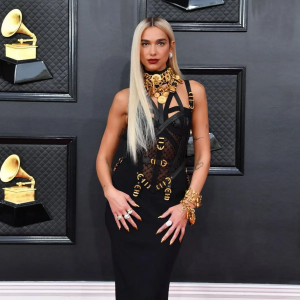 Dua Lipa is channeling previous music greatness, only hers is genuine: a Versace Fall 1992 gown. Her needle-straight, bleached hair is a typical Versace look—sleek, goddess-like, and android-ish—and the garment fits perfectly. It emphasizes how timeless Versace’s wild, daring pieces were, as much as it is designed to remind us of something from 30 years ago. 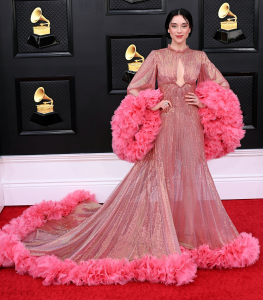 St. Vincent’s music has descended into increasingly strange fabulosity over the last five years or so, becoming a genuine muse to a lot of designers in the process. Alessandro Michele of Gucci is one among them. The singer was seen on Hollywood Boulevard wearing a crazy outfit from the Love Parade line (officially Spring 2022). With its sequins, ruffles, and billowing sleeves, St. Vincent’s gown evokes the kitsch and insane romance of bygone glamorama.

List of Nominees and Winners of the 64th Grammy Awards 2022

Individual NARAS members and companies registered with the National Academy of Recording Arts and Sciences can submit compositions for nomination. After it was submitted, review sessions with over 150 specialists began to assess if the work was appropriate for the category.

The proper inputs are then forwarded to voting members who nominate in broad fields. Following the selection of nominations, final voting ballots are distributed to NARAS voting members, who vote in the general field to choose winners.

Here’s a list of Grammy nominations 2022 and winners in the top categories at the 64th annual Grammy Awards.

Award to the Artist and to the Producer(s), Recording Engineer(s) and/or Mixer(s), and mastering engineer(s), if other than the artist. 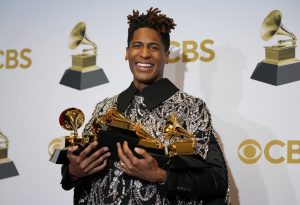 A Songwriter(s) Award. A song is eligible if it was first released or if it first achieved prominence during the Eligibility Year. (Artist names appear in parentheses.) Singles or Tracks only. 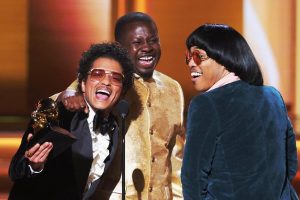 This category recognizes an artist whose eligibility-year release(s) achieved a breakthrough into the public consciousness and notably impacted the musical landscape.

For new vocal or instrumental pop recordings. Singles or Tracks only.

For new vocal or instrumental duo/group or collaborative pop recordings. Singles or Tracks only.

For solo, duo, group, or collaborative performances. Vocal or Instrumental. Singles or tracks only. 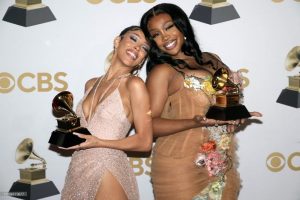 For vocal or instrumental albums. Albums only.

Grammys 2022 was studded with glamor and talent, making it one of the most memorable events this year. We are eagerly looking forward to the Grammys 2023!