Whether you love football or not, you must have heard about the Super Bowl, the annual championship of the National Football League. Every year over 100 million people around the world keenly wait to tune in to the deciding match of the NFL season. But if you are thinking it is just for watching the match, then you are wrong. The event is equally famous for the Super Bowl Halftime Show, where the world-renowned musician performs for their fans! This event is considered the largest stage for a musician, owing to the wide participation of the celebrated music legends. This year, the event was conducted in February.

So how was the Super Bowl 2022? Who all performed on the show? Let’s find out in this article.

Who All Performed for Super Bowl 2022?

The first-ever Super Bowl Halftime show, which was conducted in 1967, featured performances of the Three Stooges, and marching bands of the University of Arizona and Grambling State University. Now, when they fast forward 50+ years, the show is in the spotlight of super performances by superstars in the field of Music. This year, the stage was blessed with performances by Snoop Dogg, Dr. Dre, Kendrick Lamar, Mary J. Blige, and Eminem. The Super Bowl Halftime Show 2022 was expected to be a superhit owing to these performances, and while some say, what actually unfolded, was exceptionally better, others say it could’ve been better.

Since the halftime show is considered one of the biggest musical performances in the world, performing here puts a lot of pressure on the performers to go beyond the expectations from the past year. For example, most people still remember the performance by Beyonce at the XLVII super bowl show in 2013. Likewise, the dynamic duo performances by Shakira and Jennifer Lopez in the 2020 Super Bowl LIV halftime show continue to be one of the best. Did this year’s show go down in history like all these performances? The reviews of the show have mixed responses and here are some of the best moments and worst moments of the show. 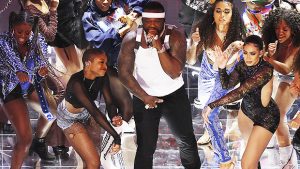 The Five Hip-Hop Titans: Mary J. Blige, Snoop Dogg, Eminem, Kendrick Lamar, and Dr. Dre were already appearing as the main attraction of the super bowl show and there was one more surprise for the audiences – Performances by 50 Cent and Anderson.Paak. While 50 Cent performed one of his hits, “In Da Club,” of his Dr. Dre-produced hit, Anderson. Paak radiated happiness with his extraordinary drum beats to the performance by Eminem on “Lose Yourself.”

The last time Los Angeles hosted a Super Bowl show was 29 years ago. Hence, when the event was finally hosted by the city, the performances showcased on the show felt more like a homage to the city. From the decoration of sets, which reflected the iconic landmarks of LA, to the choreography styles, the show was a reflection of west coast pride. This was more evident in the performances of Dre and Snoop as they performed “California Love.” 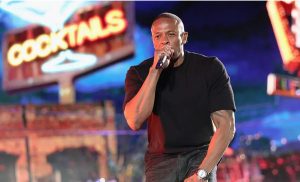 One of the best moments of the event was the celebration of Dr. Dre’s musical legacy. The show was created around Dre’s huge influence, and that was in turn a ride back to history. The event reflected the growth of hip hop — how it has evolved over the last few decades, and how Dr. Dre was an important part of that journey, how he is not just a producer and an artist, but a collaborator and mentor too. The show even pointed out how Dre’s supported a lot of the emerging artists and helped launch their careers, with an example — Dre’s first solo album introduced Snoop, while Eminem’s and Dre’s name was always connected as Dre has long been considered Eminem’s trainer.

Eminem’s performance on “Lose Yourself” was impactful in more than one way. First, obviously, it was Eminem’s performance, and second, because he kneeled down on stage after his performance. Kneeling down is considered symbolic against racial inequality and police brutality as Colin Kaepernick did so during the NFL. Though Eminem didn’t hint that he was kneeling in support of this, the visual spurred substantial discussion. 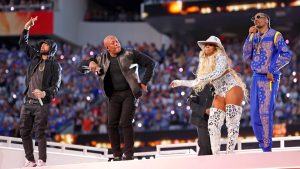 Though the five hip-hop titans were the main attraction of the show, the real showstopper moment was given by Mary J. Blige with her performance and beaming get-up of silver-and-white leopard print. Though she performed her hits “No More Drama” and “Family Affair” produced by Dre exceptionally well, it seemed like a short stint, and the audience, for sure wanted more performances from her!

“Alright,” a song by Kendrick Lamar has become a rallying cry against police brutality since it was released in 2015. It is also considered a protest anthem for structural inequity and the Black Lives Matter movement. The song, as the name suggests, is against injustice and racism. Lamar performed this song at the event. However, the line about cop brutality was missing. And the audience was not happy about omitting the main highlight of the song!

These were some of the best and worst-moment reviews of the show. Now, let us see what the experts have to say.

That’s about this year’s Super Bowl Show. This year’s show was equally about the triumphant set too, which was designed in a geographically specific way, all the while being unquestionably universal too. As this year’s show bids adieu to LA and the viewers worldwide, the countdown starts for the next show!

SoundCloud Promotion: How to Promote on SoundCloud

Apple AirPods Max vs Sony WH-1000XM4- Which One Should You Buy?