Best Wah Pedal for 2021 (Our Reviews and Comparisons)

A wah pedal is basically a sweeping filter that emphasises some frequencies while leaving others out. This is a similar concept to what you might find in a standard tone control on a pedal or electric guitar. The “wah” pedal sound is achieved by a sudden and drastic change in the frequency response.

With the multiple wah pedals available in the market, it can be difficult to choose one. We’ve made your job easier by listing down the top 5 wah pedals that are worth your money. 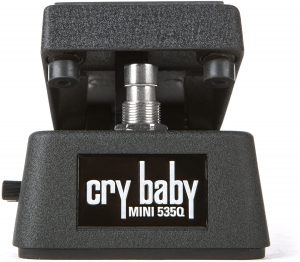 If you like the Dunlop Cry Baby’s voicing but want additional power, then the solution is the 535Q-and it is now available in a mini size suitable for crowded pedalboards.

What We Like About Jim Dunlop Cry Baby Mini 535Q Wah

The Dunlop 535Q Cry Baby Multi-Wah pedal is incredibly flexible in terms of tonality. We would highly recommend this one if you’re looking for a great wah pedal. Also, this pedal is a good choice if you like to play a lot of different styles from blues to rock to reggae.

This wah pedal is a little complicated to use and not suitable for guitarists looking for a simple pedal. 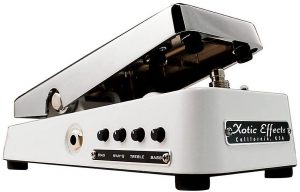 Modelled after the Holy Grail effects-pedal, this white dipped effects treadle gives you not one or three effects, but an infinite number of sounds. Depending on how you use it, you shape the sounds and effects that you hear with its specific controls.

Given the heavy price of the wah pedal, it would be difficult to find another one in the class of the Xotic Wah. It provides value for money and will be a great version of any effects board used by serious guitarists.

The drawback of this pedal is that it is expensive.

With the ability to achieve the old school sounds of the ’60s, this pedal is a choice that cannot be missed. This is also a tread that has been toughened for a guitarist’s life and provides a powerful mechanism of lasting impact while maintaining the sound of yesteryear that no serious guitarist should be without.

For those looking for pedals with a modern sound, this model might disappoint. 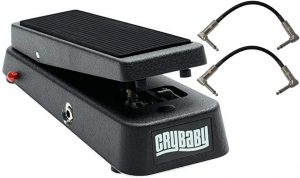 In taking an already genius wah pedal and adding some of their most famous enhancements, Dunlop has surpassed itself to bring this wah effects-pedal to the next level in FX.

If you are looking for a wah pedal that provides the bank pass shape with varying intensities, then the Q-control can fulfil that very requirement. It has a volume boost that amplifies it by +15dB.

What We Don’t Like About Dunlop 95Q Cry Baby

Its volume boost can be noisy. 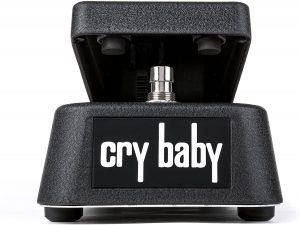 The Dunlop GCB95 has a decent value and is a classic wah pedal.

What We Like About Dunlop GCB95 the Original Cry Baby Wah

When we think of a wah pedal, the Dunlop Original Cry Baby has the typical sound that most people probably like. If that’s what you’re after and you don’t feel like paying the fancier wah pedals an exorbitant amount, this is the one you want. For that ’60s Jimi Hendrix feel, this is the go-to pedal.

What We Like About Dunlop GCB95 The Original Cry Baby Wah

It does not have LED lighting to demarcate the controls on the pedal.

Jim Dunlop Cry Baby Mini 535Q Wah pedal is our favourite in the above list. Not only does it fulfil the checklist for an ideal wah pedal but also provides so much more with its versatile nature and multi-effects. However, you can also choose from the other models that we’ve mentioned as they’re trending in the market too.

Best Keyboards to Learn the Piano.

Best Wah Pedal for 2022 [Our Reviews and Comparisons]