Most of the top pop and rock solo performers sang and recorded songs written by others, generally professional composers, before the late 1960s. Many artists, like Elvis Presley, Frank Sinatra, and Connie Francis, rely on outside songwriters. Bob Dylan, on the other hand, was an outlier. Singer-songwriters’ work became popular in mainstream pop music in the early 1970s. Since then, solo singers who create their own songs have been an important component of mainstream music.

This is a genre in which commitment to original folk traditions is paramount, but where modern procedures and techniques are applied to music’s most fundamental element – the song – to explore new ground. These songs may be candid and intimate at times. They’re frequently political and combative. And sometimes, well, they’re just tales, musicalized versions of short stories delivered by modern-day traveling minstrels.

At times, the earnestness may be cloying, even irritating. However, at their finest, these artists can make the hair on the back of your neck stand on edge, comfort you in your darkest hours, or teach you about the way the universe works.

Let’s take a look at the top 5 best singer-songwriters to have ever lived:

Many people believe Bob Dylan to be the greatest songwriter in the history of popular music. He has sixteen platinum records to his credit. Protest classics like “Blowin’ in the Wind” and “The Times They Are a-Changin'” are among his tunes. Bob Dylan is a member of the Songwriters Hall of Fame as well as the Rock and Roll Hall of Fame. Six of his recordings have been inducted into the Grammy Hall of Fame, and he has garnered 12 Grammy Awards out of 43 nominations. Bob Dylan received the Presidential Medal of Freedom in 2012. He has sold over 100 million albums all around the world.

Only two of the tracks on Bob Dylan’s self-titled debut album were written by him. His second album, “The Freewheelin’ Bob Dylan,” was released in 1963 and is widely regarded as his songwriting breakthrough. Eleven of the thirteen tracks were written by him. Classics like “Blowin’ in the Wind,” “A Hard Rain’s a-Gonna Fall,” and “Don’t Think Twice, It’s All Right” were among them. The Library of Congress picked the album as one of the first 50 to be included in the National Recording Registry. 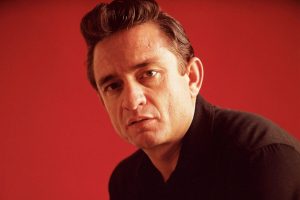 In more ways than one, Johnny Cash was a pioneer. He was one of the first real crossover performers, with his music spanning folk, blues, rock & roll, and gospel from the beginning. He pushed the concept of the outsider artist to new heights, performing concerts in jails, being outspoken about Native American concerns, becoming addicted to amphetamines, burning down woods, and losing and rediscovering God. Even though he created some of the most successful songs of the twentieth century (‘Ring of Fire,’ ‘A Boy Named Sue,’ and ‘I Walk the Line,’ for example), and his TV shows were watched by millions, there was something about Johnny Cash.

Despite his enormous success, he never sold out, continuing to write and advocate on behalf of the poor and downtrodden, outsiders, and the misunderstood. He spent time out of favor in later years, like many musicians who have tremendous initial success, until he signed to American Recordings and continued to produce a series of albums blending his originals with songs by contemporary performers.

His reimaginings of songs by Depeche Mode and Nine Inch Nails, among others, cemented his reputation as one of the most daring and fearless artists of his generation.

Leonard Cohen was years older than the folk and rock & roll performers he later joined. He was born on September 21, 1934, into a middle-class Jewish family in Westmount, Quebec, an English-speaking community on the island of Montreal. Cohen’s writings would be influenced as much by Montreal’s Catholic sensibility as by his Jewish heritage. Cohen had already established himself as an unconventional and strong poet and author, even before mysterious connections between spirit and body made their way into his songs. His mother had pushed him in such directions. Metaphysical poets who combined cultural and theological issues were among his early inspirations.

Judy Collins recorded “Suzanne” in 1966, and the song went on to become a hit. Collins also recorded “Dress Rehearsal Rag,” an early indication of Cohen’s morbid tendency, according to some. Collins persuaded Cohen to start playing live in 1967; he was apprehensive at first, but the audience warmed up to him, and he went on to play a series of successful festival appearances that year.

Leonard Cohen, at the age of 73, embarked on an incredible five-year concert tour that began in the summer of 2008. He sang songs from all periods of his career with a perfectly planned band; he performed for three hours, and often more, on most evenings; and he skipped on and offstage. Cohen just improved towards the end, resulting in a trio of albums on mortality, trepidation, and composure. They were full of enticement and danger, and they were propelled by a sepulchral voice that sounded like absolute truth. He always wanted to be a better angel, but he also confessed to – and took pleasure in – a candid evaluation of his less forgiving side. He wasn’t just announcing prayers on the latter albums; he also recognized a duty for penance in himself and everyone around him, in the wounded hearts and spirits of a broken world. 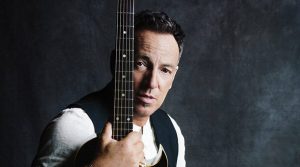 Bruce Springsteen was dubbed the “new Bob Dylan” early on in his career because of the word images he built in his songs and his documenting of the American experience. He didn’t take long, though, to carve himself his own niche in popular music. Bruce Springsteen’s albums have sold over 65 million copies in the United States alone. He has been nominated for 49 Grammy Awards and has won 20 of them. Bruce Springsteen’s first ten studio albums have all been certified platinum, and his massive “Live: 1975–1985” collection has been certified 13 times platinum on its own, confirming his position as one of the greatest live performers of all time. He has 12 pop singles that have been in the top ten. Bruce Springsteen is a member of the Songwriters Hall of Fame as well as the Rock & Roll Hall of Fame.

All nine songs on Bruce Springsteen’s debut album, “Greetings from Asbury Park, N.J.,” released in 1973, were written by him. “Blinded by the Light” was one of the standouts. When label executives needed something to release as a single, it was added to the album at the last minute. The song failed to register as a single, but Manfred Mann’s Earth Band, a British band, pushed their version to No. 1 on the US pop chart in 1976.

Up until the 1990s, his record was nearly faultless, and with each new piece, he discovered new methods to communicate the truth. We may never know what drives Bruce Springsteen to continue doing evangelical three-hour-plus performances around the country at his old age; the best bet is a deep-seated desire to satisfy each one of us. 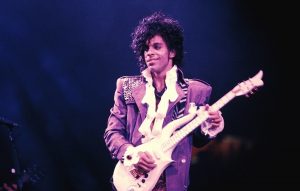 Prince is known for his flashy stage presence, but it is his strong songwriting that shines through all of the sparkles. He is a member of the Rock & Roll Hall of Fame and has received seven Grammy Awards. Prince’s albums have sold over 100 million copies globally. Sixteen of his albums have been certified platinum, including the soundtrack of “Purple Rain,” which has sold over 13 million copies. Prince’s singles entered the pop Top 10 on 19 occasions, with five of them reaching No. 1. Prince was nominated for 32 Grammy Awards and won seven of them. He was nominated twice for Album of the Year. Prince passed away in April 2016 at the age of 57.

All of the tracks on Prince’s debut album, “For You,” released in 1978, were written, produced, and sung by Prince. The album only charted at No. 163 in the United States. The single “Soft and Wet,” which peaked at No. 12 on the R&B chart, was a success. The track “I Wanna Be Your Lover,” from his second self-titled album, marked Prince’s major commercial breakthrough.

While there are several talented artists, some of the best singer-songwriters who left an indelible mark have been mentioned above. But the list is not absolute and is ever-expanding as budding musicians come to the fore.

Best Rappers in that Have Taken the World by Storm