Best Rappers in that Have Taken the World by Storm

Rap tracks are many, so is the growing number of rap artists. The average rap head can’t even keep track of the upcoming rap artists who have soulful music. Rap has been a favorite genre since its birth in the 1970s. This spoken poetry infused with beats has inspired millions of people around the world. Now there is rap in different languages, some of which are gaining wild popularity.

Rap became the genre that African-Americans used to inspire their community to fight for equal rights. This form of music has a history rooted in bringing families together and uplifting each other’s spirits in times of heartache and pain. It still remains so with even underground rap artists singing about daily lives. You might know the hit ‘This is America” from Childish Gambino, rapping about racism, violence, and gun possession in the United States.

So, if you love listening to rap here are the best rappers right now who write inspirational music. 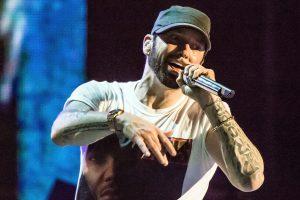 Also known as Rap God, Eminem alias Marshall Bruce Mathers is one of the most famous rap artists around the world. He even has a movie made about his life. Eminem is a legendary hip-hop icon who started as an underground battle rapper in Detroit. He was the first rapper to win an Oscar. He was the first rapper to grab the Grammy Award for Best Album for three consecutive albums. He has won 15 Grammy Awards out of a whopping 43 nominations. The Rap God found a place in the Guinness World Record for most words in a song.

Most of his tracks are centered on his life. He uses tongue-twisting rapping style and humor to delve into his troubled past and also imagines his future through his lyrics. He has also spoken out against the likes of Donald Trump and other rap artists like Machine Gun Kelly as a part of a heated rivalry with his counterpart. A 2015 report by Musixmatch named Eminem as the artist with the largest vocabulary in music, using 8,818 different words across his work. He wrote many of his songs naming himself as ‘Slim Shady’ and in a few others; he addresses himself with his real name Marshall. Some of his “must-listen-to” tracks include Phenomenal, White America, Rap God, Not Afraid, Lose Yourself, and Mockingbird. 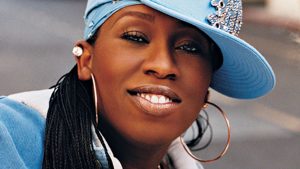 Missy Elliot is an American rapper who worked as a songwriter and producer with artists such as Timbaland and Aaliyah. In June 2019, she became the first woman rapper to be inducted into the Songwriters Hall of Fame. Her fearlessness and creative style yielded numerous awards and five platinum albums in a row. Women’s power has always been a prime focus for Missy.

Some of her best tracks include Supa-Dupa-Fly, Beep Me 911, Get Ur Freak On, and Scream a.k.a. Itchin which won her a Grammy for Best Female Rap Solo Performance in 2003. 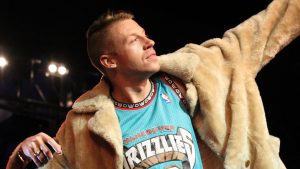 A Grammy Award winner, Macklemore is one of the most expressive rap musicians. With a troubled past involving drug addiction, he writes about how he got addicted to drugs and how he overcame the dilemma. He also muses about same-sex marriages, buying things at the thrift shop, and even has a tribute to his grandmother.
In the 2014 Grammys, he won Best Rap Album and Best New Artist. Macklemore’s songs are something even a middle school kid can relate to. Some of the Macklemore tracks to listen to include, Willy Wonka, Ceiling can’t hold us, Thrift Shop, and Wings. 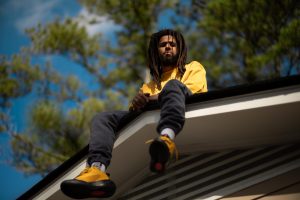 J Cole, the American rapper finds his inspirations in Canibus, Nas, Tupac, and Eminem. He writes about Hollywood, being devoid of a father figure, pain that makes people escape into drugs, alcohol, money, sex, social media, and other vices.

J Cole already has one of the best albums out in 2021. His latest release of “My Life” with 21 Savage and Morray, from The Off-Season, has earned 36.4 million streams. A few of his must listen to tracks include G.O.M.D, No Role Modelz, Middle Child, and Lost Ones. 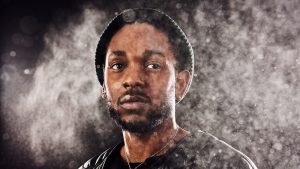 The Compton rapper is one of the greatest rap craftsmen to emerge in the 90s. At one of the recent American Music Awards, he was titled ‘The Next King of Hip-Hop’ which puts him on this list of best rappers in the world. Lamar gave a new touch to the rap industry with his versatile singing style and soulful lyrics. All his verses feel like living moments and can rouse everyone that is why he is loved by so many hip hop and rap listeners. Some of his famous works include m.A.A.d City, Good Kid, Money Trees, Humble and DNA. 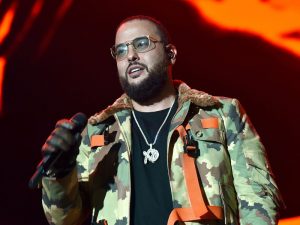 Belly is a Palestinian-born Canadian rapper, songwriter, and record producer, who has worked on countless hits, including last year’s global hits “Blinding Lights” and “Save Your Tears,” both by The Weeknd. Belly is an underrated rapper whose music is rooted in his past. He is a poet who freestyles his rap music, sings about who he was and how he became a rap artist. Some of Belly’s most notable tracks include Money On The Table, Pressure, Follow Me, and Revolutionary.

We would also like to add a few names as honorable mentions here. Cardi B, with multiple Grammies to her name she is one of the most talented females in the rap industry that has achieved stardom. Kid Cudi is known for his revolutionary approach to Hip hop. Mac Miller, the late rapper is known for his honest and raw lyrics with an introspective depth.

Follow rap pages on Twitter to keep a regular track of new rap albums as they drop.