Top 6 Concept Albums That Will Never Be Forgotten

A concept album is a compilation of songs composed by an artist or group and centred on a single topic or concept. Compositional, lyrical, musical, or narrative topics are all possibilities. However, the word can be subjective; the broadest meaning would include all soundtracks, tribute albums, Christmas albums, and so on, but in general, the term refers to rock and popular music albums released from the 1940s forward that has a core theme. Non-concept albums, on the other hand, include stand-alone, unconnected music.

Surprisingly, the concept album has survived digital music platforms. Why buy a whole album when you can only buy the tracks you like, one could reason. Many music artists are inspired by the notion of composing an album’s worth of material centred on a single theme, as shown by countless instances from the twenty-first century.

Although individual tracks may be listened to, on their own, the album as a whole provides a comprehensive narrative in which various songs link to one another and the album’s overarching themes. In this manner, concept albums are more akin to novels or movies. When you finish a film or novel, you get the whole experience of the work.

Below are only a couple of the best concept albums over the decades. 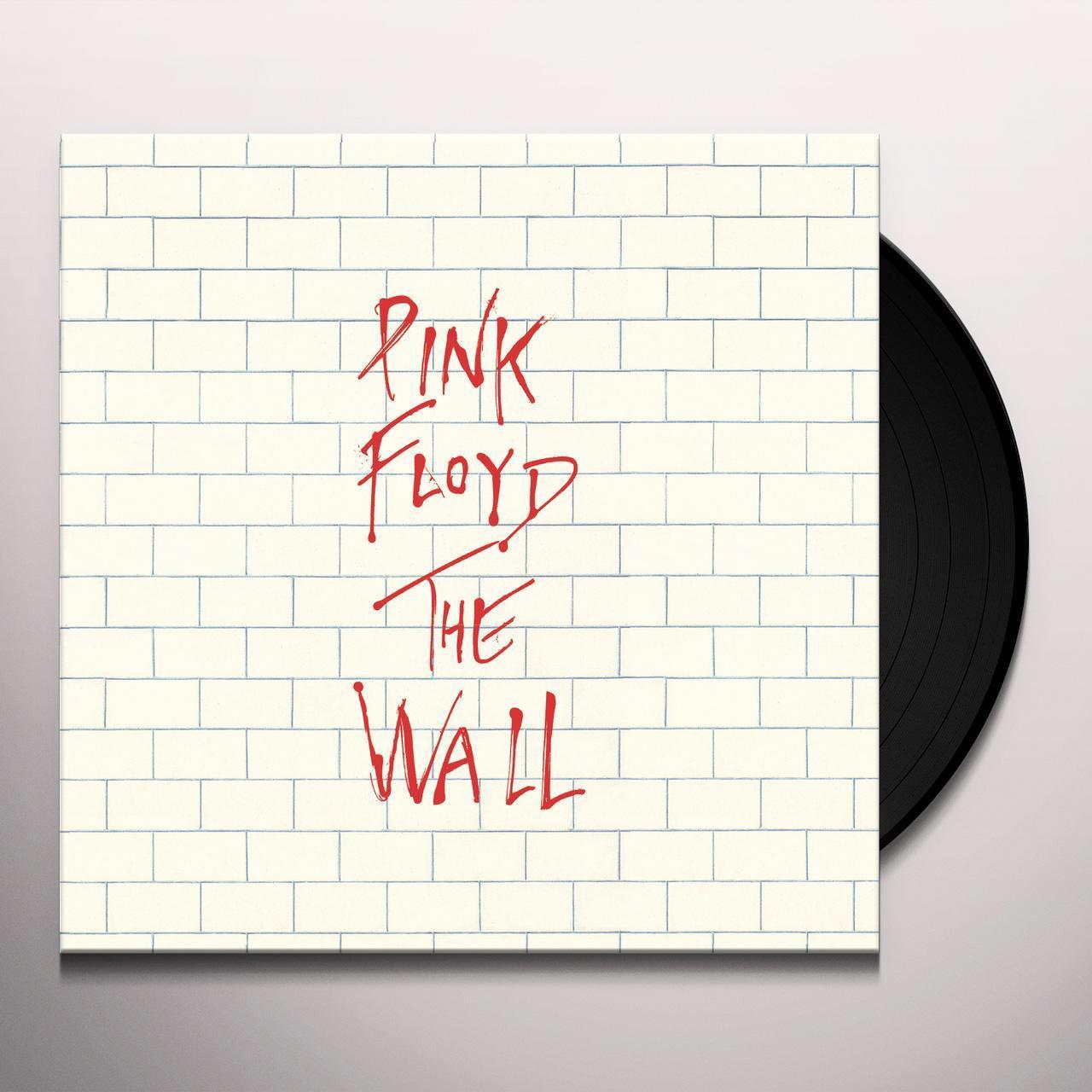 The Wall was the peak of Pink Floyd’s career since it was the culmination of a protracted effort that began in 1978 and ended in 1982 with the release of the film directed by Alan Parker. Roger Waters, a founding member of the band, came up with the concept of building a wall between the stage and the audience following an argument with a fan during a show in Montreal. Pink, a kid overprotected by his mother who, after being tormented by instructors who tried to mould him into a mould, shut himself behind an imagined wall, each brick representing a trauma, was formed from this contemplation. Pink spirals towards insanity after becoming a rock sensation against himself. The major subject of this double album, which can be heard on the track Another Brick in the Wall, Part II, helped it become one of the most successful recordings of the 1980s. 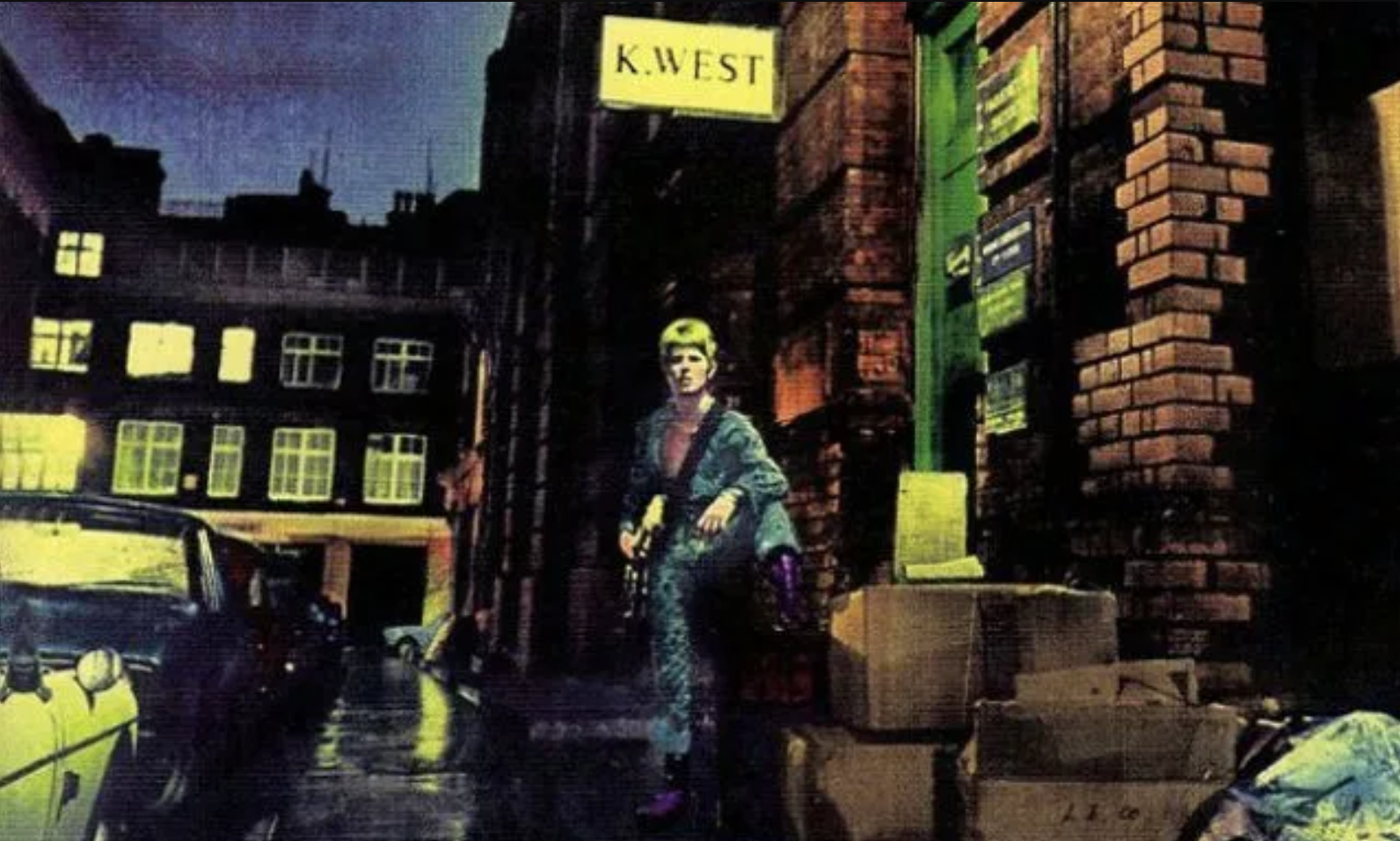 With the world still suffering after David Bowie’s sad death in January, an increasing number of fans are rediscovering his incredible back catalogue, and some are finding it for the first time. The Rise and Fall of Ziggy Stardust and the Spiders from Mars, a great concept album that also features some of his most renowned songs, is often regarded as his best work. Bowie remade himself as the flamboyant and androgynous Ziggy Stardust with the emergence of the glam-rock period. His narrative is portrayed in this 1972 album, in which he is a bisexual alien who becomes a rock star in order to spread a message of optimism as the Earth approaches its demise in five years. He turns into a prophet, as well as a victim of his own rock star excess. Bowie was allowed to explore the “rock star” subject, encompassing sex, drugs, and politics, because of this amazing invention. 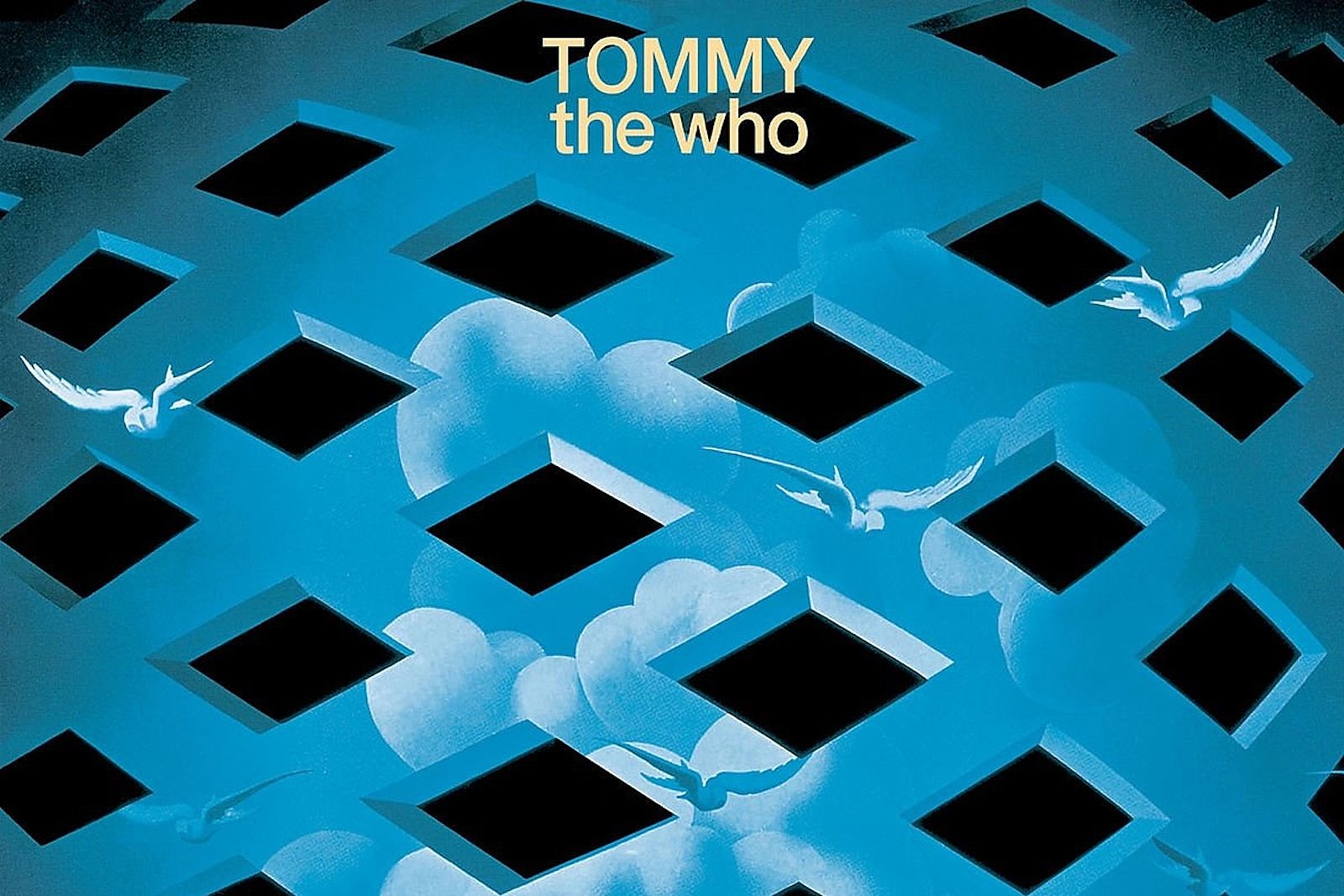 Tommy is everything the Small Faces’ album isn’t. It was released exactly one year after Ogdens’ Nut Gone Flake. It had a broad appeal, did not stray into a variety of genres, had a message, and the music was much more mature.

Tommy introduced rock opera to the public, catapulting The Who to superstardom, and while the plot may not be readily apparent merely by listening to the album, it is clearly present. It was named one of Q’s “Albums That Changed Music” in the top ten. Although The Pretty Things and Small Faces were a bit speedier in publishing their own rock operas, The Who with their 1966 “mini-opera,” A Quick One, While He’s Away, retain the honour of being the first to introduce the notion of the rock opera. Tommy, which was released in 1969, was considerably more popular and influential than its predecessors. 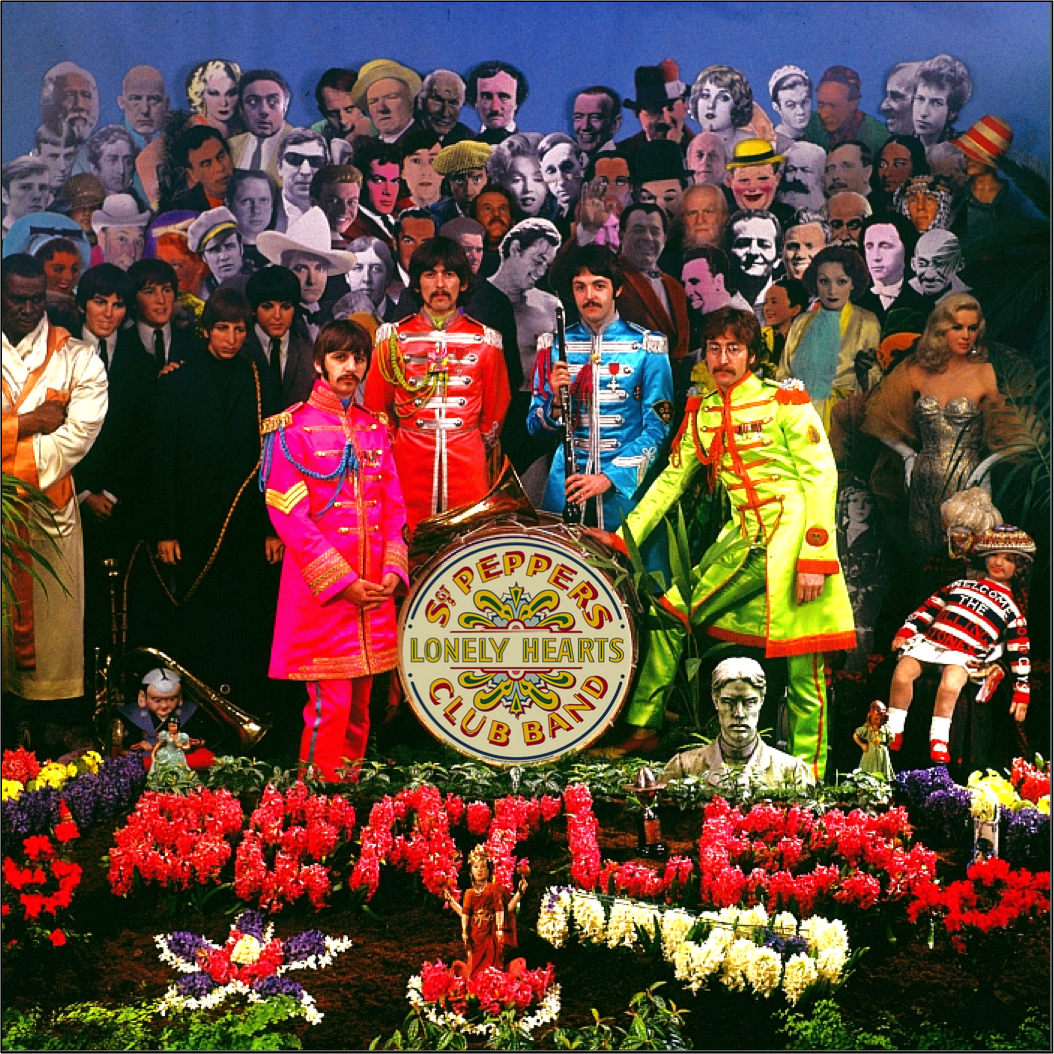 It’s one of the Beatles’ biggest successes and it’s named number one on Rolling Stone’s list of the 500 greatest albums of all time. The Beatles said goodbye to the stage in 1966, tired of the hysteria that each of their performances produced, and regretting that they could no longer hear themselves play due to the incessant shouts of the crowd. This allowed the band to explore new creative boundaries without the weight of the live element. The Beatles extended their musical palette, incorporating Indian elements, and sped up and slowed down the tracks that gave the album its unique sound, inspired by the release of The Beach Boys’ Pet Sounds a year earlier, which had opened the door to new creative and production possibilities. The cover, produced by Peter Blake, one of the pioneers of Pop Art, depicts a group portrait made out of life-size reproductions of celebrities such as Marilyn Monroe, Edgar Allan Poe, and Marlon Brando, and has since become one of the most renowned images in music history. 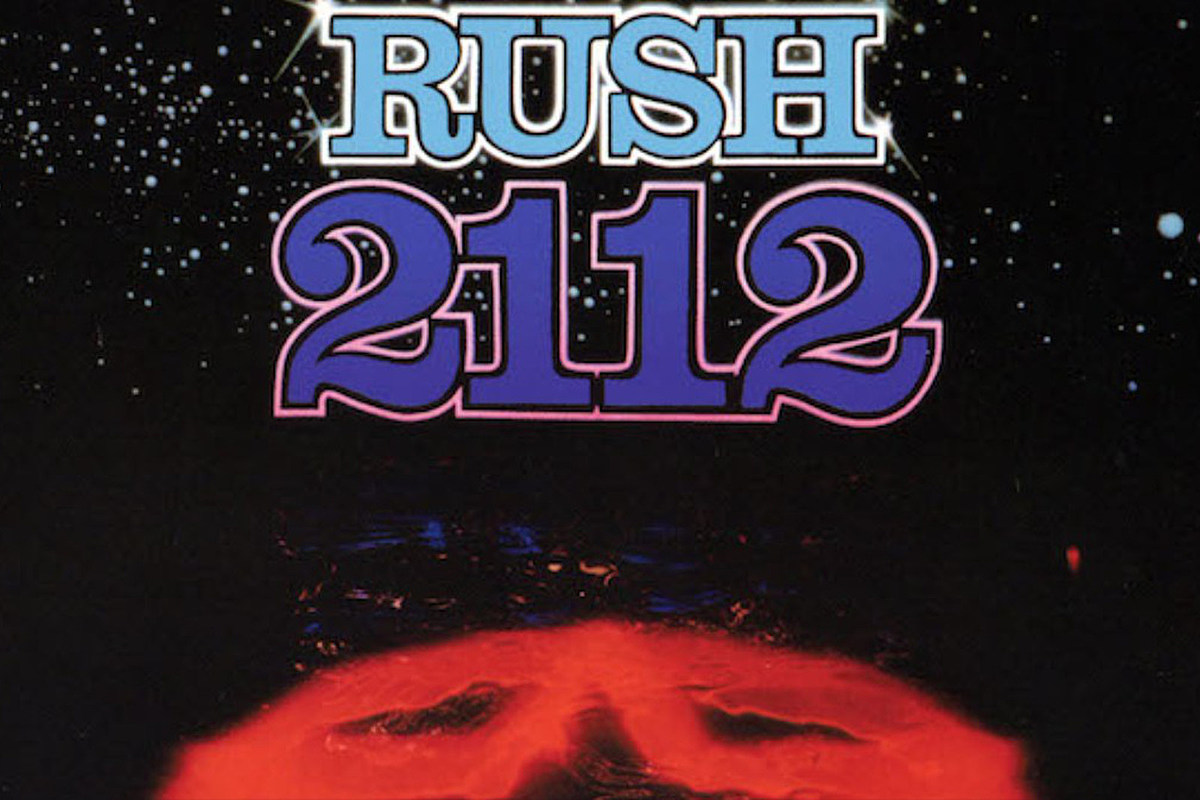 Although the second side of 2112 is not part of the idea, it is impossible to discuss the best concept albums without including Rush’s outstanding 1976 effort. On Side A, 2112 is made up of seven tracks/chapters that depict the tale of life in the year 2112, following a galaxy-wide battle in 2062 that saw the Red Star of the Solar Federation reign over all of the worlds. All material is controlled by the Priests of the Temple of Syrinx, but a nameless protagonist discovers an antique guitar and learns to play his own music. He goes to the Priests, expecting them to congratulate him on his find, but they destroy it and reject him for uncovering something that resulted in the destruction of civilization. He then has a dream of a future where people might be creative, but when he wakes up, he is so unhappy that he kills himself just before another conflict begins.

Pink Floyd managed to separate out from the crowd with their excellent 1973 album The Dark Side Of The Moon, at a period when nearly every British rock band was making concept albums. Every song on the CD is about one of life’s numerous pressures, such as time, money, war, death, and insanity. The album is recognised for its superb musicianship and groundbreaking use of synthesisers to create an evocative atmosphere.

The Dark Side Of The Moon is the first concept album in history to sell more than 40 million copies throughout the world, and it merits it. It is still as popular now as it was when it was released, and is often ranked among the best and most influential albums of all time.

Now that you know what a concept album is, pick one from our list, grab your headphones and get in the groove right away!

Best Mixtapes App for Listening and Downloading Your Favorite Mixtapes