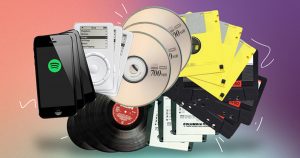 There are countless other uses for vinyl, both common and uncommon. One of the first applications was in vinyl records, which, by the early 1910s, had defeated the phonograph cylinder. Long after CDs became the preferred format among regular consumers, DJs—especially those playing dance music—continued to use vinyl records.

Even though DJs eventually switched over to digital music, vinyl records have experienced a comeback in recent years among music lovers. Production of vinyl records has increased significantly compared to just 10 or 20 years ago.

Let’s take a look at the differences between vinyl,  records, CDs, and digital modes of music.

People have been referring to physical copies of music albums as “records” since the invention of recorded music. The first records were not made of vinyl but shellac. A band would be recorded by recording engineers, who would then inscribe the waveform onto a shellac disk for phonograph playback.

It wouldn’t be until the 1940s that vinyl would become the standard recording medium. Despite the differences in the materials, the listening process and technology are comparable. Both vinyl and shellac formats are still referred to as “records.” While it’s true that all records are records and all vinyl albums are records, not all records are vinyl albums.

Vinyl records come in a variety of formats with varying levels of storage and playback speed, but they are all considered records.

The distinction between record and vinyl has become more complicated as a result of technological advancement since vinyl’s heyday. Songs are packaged and sold together in a largely consistent manner, despite the music business moving further away from analog technology every year. CDs made digital music consumption popular and consigned analog records to history.

Of course, there are other distinctions between CDs and vinyl as well. The order and reading of the music on a CD versus a vinyl record are the two main differences between them. With CDs, music is digitally encoded directly onto the disc, making it possible for CD players to read and playback the digital music that is stored there.

Compact discs (CDs) are the best option for efficiency and portability because you can play them on a portable CD player or speaker system with a CD insert.

Vinyl records aren’t nearly as effective or portable when you compare them. However, they offer a listening experience that CDs’ digital recordings simply cannot match. A record player’s fine needle can read the analog sound storage used by a vinyl recording. These records consist of a polyvinyl chloride disc with an engraved spiral groove that makes it simple for the needle to read and play the music. 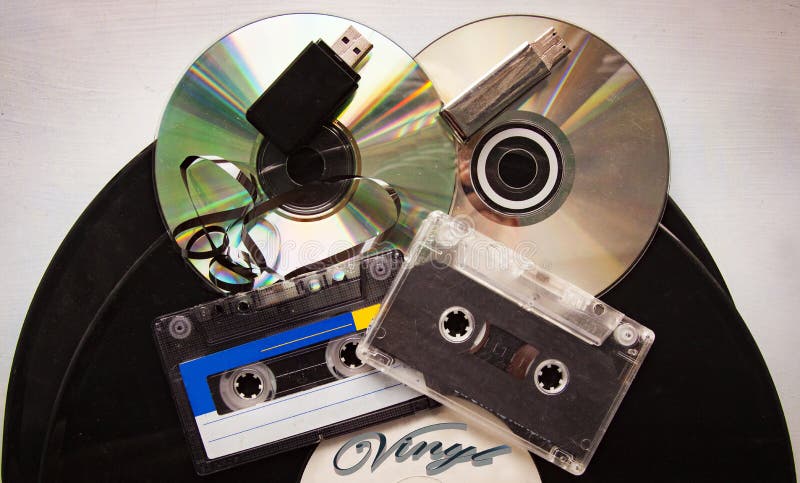 As you probably already know, vinyl records are analog, which means that they store audio information in an analog way, specifically as minute, wavy grooves on the record’s surface. In other words, these grooves are analogous to the sound waves, hence the name analog, and actually resemble the sound waves they represent.

A stylus, also known as a “needle,” moves with the undulations made by the record when it is placed on a groove. The audio signal created from those wiggles is amplified and played through speakers or headphones.

In contrast, audio is stored digitally in digital-audio files. An analog-to-digital converter (ADC) receives the original audio signal from a song or album and converts it into digital information, or a string of 1s and 0s, as you can probably guess from its name.

Without getting too technical, the analog audio waveform is “sampled” numerous times per second, encoding the level value of each sample using multiple digital bits to record the waveform’s instantaneous level as it rises and falls.

It’s commonly referred to as being “uncompressed” because the digital audio data on a CD or in a high-resolution music file is a true representation of the original analog signal. WAV (Waveform Audio File Format) and AIFF are two examples of these formats (Audio Interchange File Format).

To lessen the file size and bandwidth needed to transmit the file, some of the data in a lot of the digital music played today has been removed. These types of files are referred to as compressed.

Convenience—the ability to quickly download and store tens of thousands of files on a mobile device—is the main appeal of lossy compression.

Vinyl’s physical qualities—holding it, admiring the cover art, and reading the liner notes—as well as its collectibility as a keepsake, contribute significantly to its allure.
However, a lot of music lovers really value uncompressed digital audio’s pristine accuracy, wider dynamic range, and absence of noise. Additionally, unlike vinyl records, digital audio files don’t degrade over time and need no maintenance.

BEST ALBUM COVERS OF ALL TIMES THAT YOU SHOULD KNOW